Weighing in on the GSAT Debate in Jamaica 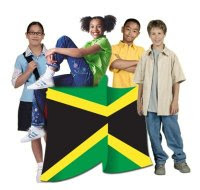 Since its introduction, much has been said about the Grade Six Acheivement test (GSAT) in Jamaica. While results in the Math and Science fields have constantly been at the lowest ends, probably one of the biggest debates has been sparked by Minister Andrew Holness’ comments in the aftermath of 2009 results. An interesting article that basically sums up my views can be found here. Yet I’ll hasten to add that a mere ‘fixing’ of GSAT will not necessarily improve the quality of education our Jamaican children are being afforded.

I’m sure it is with good intentions in mind that minister Holness made the above comments, but there seems to be a more deep rooted problem at hand. First off, there’s the issue of discipline (which will be aptly dealt with at another time). But right now I think that there needs to be an intricate look at the varied households children are coming from and the sort of encouragement they have therin. Surely, the government with its fiscal deficits, budgetary shortfall and struggling economy cannot at this time implement a comprehensive values and attitudes programme for all households. Yet what the government can now do is to implement better standards for improving the quality of education in our institutions, be it traditional or non-traditional.

What may be of merit is to assess what makes the difference between a traditional and non traditional high school. Is it better passes? More extracurricular activities? Better overall development? Better teachers? What exactly makes one school seem more desirable than others? An assessment of these variables could be particularly useful in determining a sectoral reform.

Surely, over the years, there has been a marked improvement in the standard of passes in non-traditional schools. It therefore means that there is much room for marked improvement, but it also means that some positive ‘vibe’ must have infiltrated the non traditional high schools at some point. What I think is needed then is a boost in the non traditional high schools to make them more desirable. If there aren’t enough extracurricular activities, introduce some. Is there a system that rates teachers? If so ensure that there is a mix of those rated high, moderate etc.

What I can agree with minister Holness is that once a student performs at an above average rate, they need to be rewarded for such an accomplishment. Therefore, if a child gets a 90.1 and another gets a 90.2 on the GSAT exams, they both need to be afforded fairly equitable.

In this grossly inequitable world, advances towards equality are always welcome. However, i think the focus should not be so much on deciding who goes to what institution but adopting a mentality of making all high schools in Jamaica desirable. This may not be an easy task, but there’s nothing an extensive PR campaign can’t fix. In fact, more often that not, its the children who attend the traditional high schools who uphold airs of being ‘better’ than their non-traditional counterparts. It is full time for this hypocrisy to stop. Set the standards Mr. Minister. Our focus should be on ensuring that our students are at the required level of competence, with the knowledge that once that is achieved, they can thrive in any institution that is equipped to properly educate them. To the students I say, GROW where you’re planted, To the teachers I say, treat your job as a service to humanity,To the government: Treat education as the breadwinner of your ‘household’ and to the parents: Make motivation a constant theme within your household, knowing that many a Doctor, Lawyer, Prime Minister, Governor General and even President can grow from the enclaves of a non-traditional high school.

What are your thoughts? Share them below and let’s keep the discussion going.