Preparing your child for a successful life 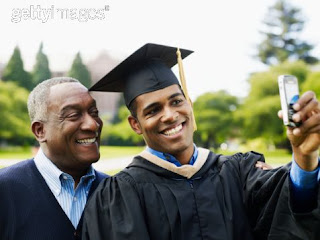 In a society where there seems to be many ills and negative influences, many parents bemoan the fact that their children do not have enough positive influences that suggest they’ll have a successful life. While it is a constant desire to see one’s child/children succeed, many lack the know-how to actually get the desired results. Many parents also expect their children to be successful on the efforts of everyone, except themselves. So they rely on the schoolteachers, the government minister, the pastor and take a very standoff-ish attitude to their child’s growth and development. But news flash, it is highly unlikely that your child will be the success story you dreamed of without your CONTINUED input

So today we deal with preparing your child to succeed. Probably what may best bring the point across are real life examples. I have been blessed to know mommies who have grown kids, who are by all means successful. Let’s take the case of 35 year old Char who is a single mother to 14 year old Gail. Since her daughter’s birth, Char has moved beyond continuously lamenting her single parenthood and has made specific steps to raise a successful Child. From day one, she accredits her constant reading to her daughter as a key factor. She says that it is quite important to ensure that literacy as a hobby is well established long before your child is ready for Grade Six Achievement Test (GSAT) or even Grade Four Achievement Test (GFAT). As such, she encouraged and nurtured her daughter’s love for reading by introducing her to varied books from early on, always reading, encouraging her to look up the definitions of unfamiliar words and also keep a journal to boost writing skills. Today, Gail has moved from a little known school at the Primary level to be a honour Student at Campion College. Char continues to mold her daughter for success via constant homework checks and encouraging her to prioritise, which normally means no television or internet until homework is out of the way. Char ascribes the constant will to see her child succeed as her driving force. She laughs when she remembers how she has literally gone back to school for each stage of her daughter’s life- getting ready for GSAT exams and the varied projects at Campion..Today she’s already seeing rewards and is now preparing her child for the Caribbean Secondary Examinations Council (CSEC) exams. 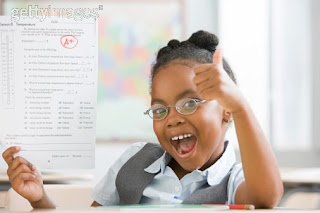 Next we have D, who is a married 44 year old mother of two, Chrissy aged 22 and Corey aged 17. Chrissy has received much acclaim in the dancing arena, representing the University Dance Society at UWI, Mona, doing varied standout performances under the tutelage of the sought after, professor Rex Nettleford and copping awards in varied local competitions to name a few. Corey also stands out in his own way as a school based athlete and valedictorian for his graduating class, with distinctions in all Caribbean Secondary Examination Council (CSEC examinations) and being hinted at as first runner up as Head boy fot his prestigious institution. By all means, they have been very successful and their mom , D, credits her children’s success to the following moot points: Ensure you have Open Communication lines she quips. Make sure that from early on, the communication lines are so clear that they will feel comfortable speaking to you about ANY issue. This she says also leads into ensuring that you are able to balance being a friend and parent..Be sure to be able to reprimand your child when the need arises, yet be there for them as a source of information, comfort and one with whom they can share joys and tears, triumphs and fears. D also points to a crucial ingredient being a heavy involvement in your child’s life, even to the point of their hobbies. ” Encourage and participate in the activities your kids are involved in” she says. As a result, she can be found nursing minor bruises after a football or basketball session with her son or going through a dance routine with her daughter. Overall, she encourages parents to STAY INVOLVED IN THEIR CHILDREN’s LIVES…Be there every step of the way, not just when they are young, be there as they get older too.

53 Year old Gwyneth, a Stay at Home mom and widower also shares the recipe to success. Her 4 grown children are all professionals in the Accounting or legal fields. She says however, that life was never easy street, but she finds dependence on God to be a key ingredient for raising successful children. She has never always been a christian, but she points out how she grew to depend on a higher being when faced with raising the kids on her own after her husband’s untimely death. She points out that many days when she thought she’d never make it, she was given ‘miraculous parenting’ skills from above. She encourages all parents to be in tuned with their spiritual sense and to encourage their children to do the same. “At the end of the day, if you’re successful and have no inner peace, it will never be truly worth it” she emphasises. 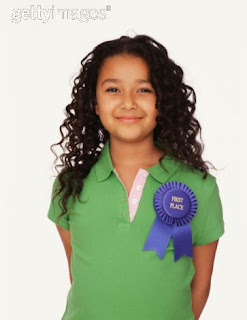 So there you have it, now you know that no matter how challenging it may be, being continuously involved in your child/children’s life is worth it at the end of the day. When you follow through, the rewards will eventually come one day and remember its never too late to try to build a relationship that encourages success with your child… So go on today, give your child the essential ingredients that are needed for success and while you’re at it, let us know what ways you have been trying to encourage your child/children to be successful.

Also check back for our feature on how to turn your unruly and indisciplined children into a success story.

0 thought on Preparing your child for a successful life